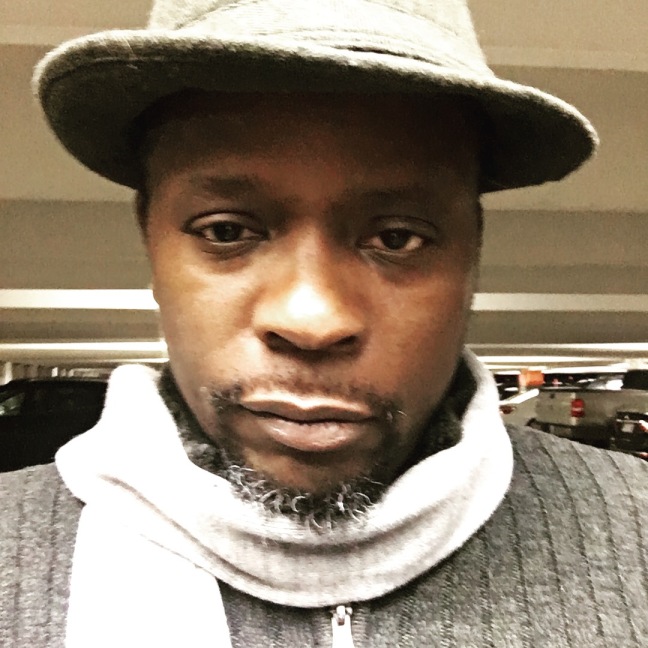 Hello, and thank you for taking time to visit “My Books”, I truly appreciate it. Some of you may already know my story, and how I became a writer.  Now for ones who do not–here’s a brief summary for you :-).

MY STORY (THE WRITING PART):

It started with poetry and to short stories (wrote poems in middle school, skip high school and started back in college). I spoke a poetry readings (met great poets MK Stallings well knew him and the family for many years lol and Shareca “Sheabrown” Pitts), participated in a poetry slam (that was fun and nerve-racking at the same time) and began working with Joel Charles and F. Kenneth Taylor on the foundations of ShadowKill. With the help of Leonard Taylor III (great artist and creative mind in comic book fiction), we produced Shadowkill (www.xlibris.com/shadowkill) in 2008. In 2009 I published Avenging Knights “Rebirth of Lost Honor” (www.amazon.com; also re-published in 2014 the second edition). This was a special moment due to me and a childhood friend Everett R. Thomas created Avenging Knights in elementary school with drawings and crazy looking comic books. Yah blesses for giving me the opportunity to put this out and look forward to the second book on Avenging Knights….somewhere in the near future.

Also in 2013 I and fellow author F. Kenneth Taylor published Shadow Within A City (Second Edition). 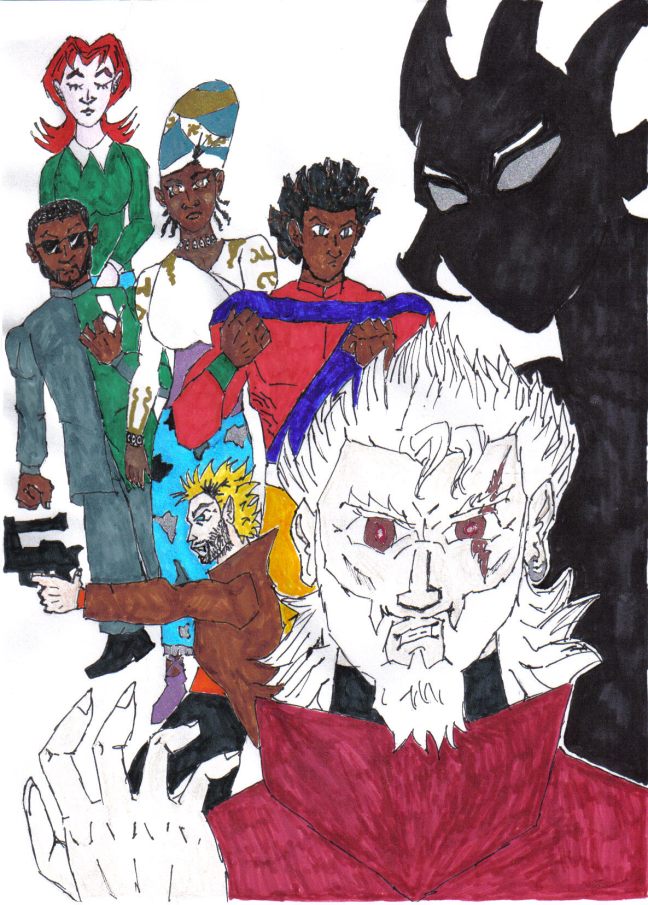 –In the graphic novel Shadowkill, Joel Charles & Kevin G. Daniel describe a globalist tyranny, where only a chosen few–led by the enigmatic Shadowkill, fight for the last hope of justice. 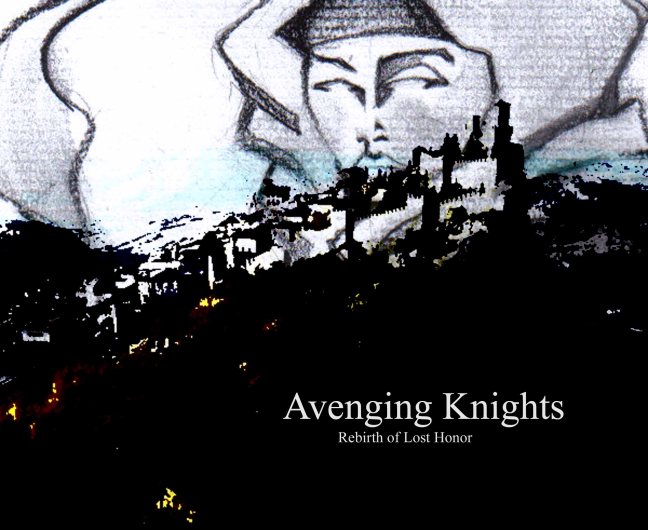 –A new evil has arisen in 4th Lebos. It’s become known as the Doomonster, and its destructive force dwells in another dimension. In exchange for all of the gold in 4th Lebos, the Doomonster captures and imprisons Mela, a sorceress whose powers are deep in the golden world. He must have those powers for himself; he plans to break her will so he can gain some of the hidden enchantment from her former clan.

But when Mela doesn’t return from her patrol duties, her group of rebel warriors, led by the knight Sharpstar, fear she is in grave danger. They strike out from their camp to not only rescue Mela, but also to discover the truth about her abduction and the plans of the rulers of 4th Lebos. The rulers are attempting to revise the dark magic of the old masters and resume their quest of total control and destruction.

Peril lurks around every corner in this mythical land of dangerous territories and secret lands. Sharpstar and his group of warriors face challenges on many fronts, but they bravely accept their mission and confront the evil entity in Avenging Knights: Rebirth of Lost Honor Edition 2.

–It’s a gritty, dystopian world consumed with ‘Big-Brother’ technology in an urban metropolis best described as the new Hell’s Kitchen. It’s an illusion of freedom in a city plagued with political unrest, government cover-ups, and an unimaginable crime rate.

Fortunately, the city has a new hero, or anti-hero, ShadowKill. Granted with supernatural abilities after involuntarily becoming the subject of a genetic experiment, ShadowKill begins a merciless quest to incinerate the criminal element of the city. As a solid, shadowy entity, ShadowKill’s quest takes its dominance, and leaves his presence felt, until he encounters something unexpected — BloodOath.

In the dystopian world of Shadow Kill comes a remarkable story of a friend from a background that no one would have ever expected.  Sarah Renee Johnson, the daughter of SCAF Intelligence High Agent William Johnson detailed life in the Georgia territory of North Atlantic Front.  The love of father and daughter is so apparent that it helped raise a head strong child.  Agent Johnson entrusted Sarah with secrets that would ultimately change her life forever.

Sarah’s dealings with her friends, classmates, and other adults helped her establish stable relationships throughout her life.  Her involvement in progressive activities and resistance sects dubbed her an insurgent from behind the scenes.  Can her father protect her?  Can she protect herself from forces beyond her knowledge and disdain from the truth?

The Forever Spring will force you to look at casualties of an oppressive government that showcases itself as a balance and fairness for all of humanity. Sarah’s previous ties with the Lost Tribe and Yosul (aka ShadowKill from the novel Shadow Within A City) will show another side of her. One composed of darkness, light, and fallen grace of a stranger in her own country. 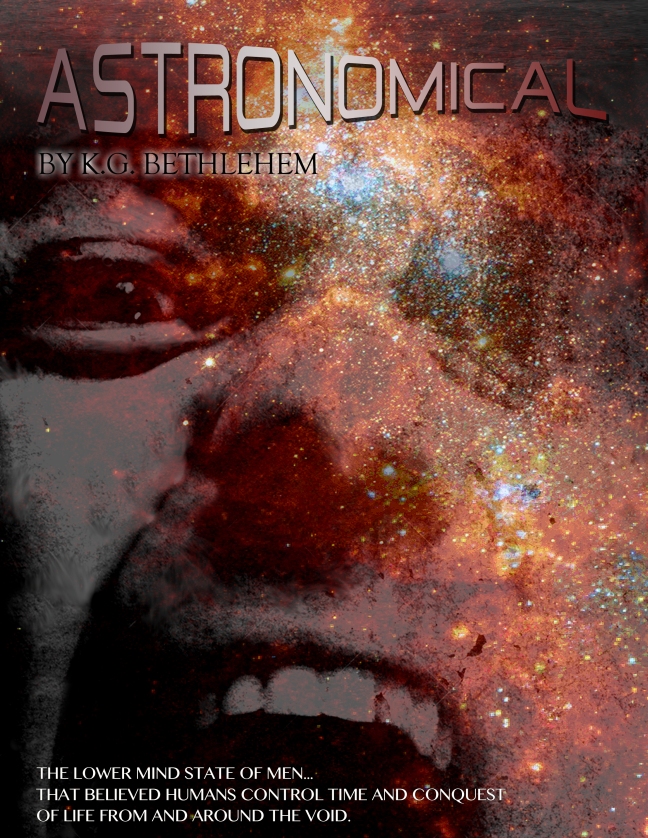 Synopsis: The year is 2025; Colonel Harrison is given a simple mission to discover potential allies to aid against a potential war from the Nexus Jor and to find the missing vessel of Captain Delcid that was sent out years ago on the exact same mission. But what Colonel Harrison does not know is that this mission will encounter life forms and technologies that are well beyond his comprehension. This mission will also unearth a hidden menacing and melancholy force that will be detrimental to his mission and the beginning of another.  Colonel Harrison and his crew will meet other life forms, involve themselves in other nation’s internal political struggles, and participate in revolutionary movements.  They will also encountered “hidden ones” who in turn will cause the greatest conflict of any mortal being, “The defining of one’s self with acceptance of one’s self.”
Earth’s back-story is the entire world is section off into two major provinces; the first being the United States of Western Lands (USW), which is composed of what was formerly known as the United States, Mexico, both South & Central Americas, and the majority of the Caribbean Island nation. The second major province being the Central South United Nations (CSUN), which is composed of the rest of world’s former nations. The CSUN is more subservient to the (USW).  The USW is the main governing body of the world. In contrast the CSUN is composed of land governors whose powers are equivalent to the ancient feudal systems.
The world’s military is also branched off in two departments; the Space Core and the Security of X-Police. There are different variations of the X-Police throughout the lands, they follow their own mandates, have distinct command structures, various rank structures, and enforce different laws unique to their jurisdictions. However, their main purpose is for law enforcement, security, and surveillance.
The Space Core however charged with defense of the skies, investigation of the world’s oceans, space defense, and space exploration. Only time will tell if they will complete their mission and escape the malevolent presence of power to which they will never see.
Consequently, as Colonel Harrison is dealing with the impending war in outer space and an underground resistance movement on Earth is taking place led by a former X-Policeman named Mury Te. As his plight was shown by a mission too guided by gaining allies in different cities across the mainland, his mission for the TRUTH will have an eerie similar fate like Colonel Harrison with unknown results.  Mury Te personally is more infuriated that an un-ending martial law was enacted across the mainland.  This in a sense conflicts with exposing potential operatives of the Nexus Jors and has filled him with another objective.
Assassinate the operatives and exposed the reason for a perpetual martial law
(Oh, also visit amazon.com for the E-Book version of Astronomical!!   Visit Goodkindles for a direct link!)

New Age, raunchy adult humor comic book series with a bit of a twist. The life and struggles of the juveniles dealing with the laziness and downright stupid shit of their adult handlers. Will it help ease tensions?! Ahh–you be the judge of that one.

*E-book is coming soon, but paperback is available at http://www.lulu.com.&nbsp; Just click on the picture!

I value your feedback, please leave a comment Cancel reply

A string of endearing poems.

Something for Everyone...from Poems, to TV/Movie Reviews, DIY Furniture, Artwork, Memories, and More. Lets go on this Art Literary journey together! 🤞🏾🖤